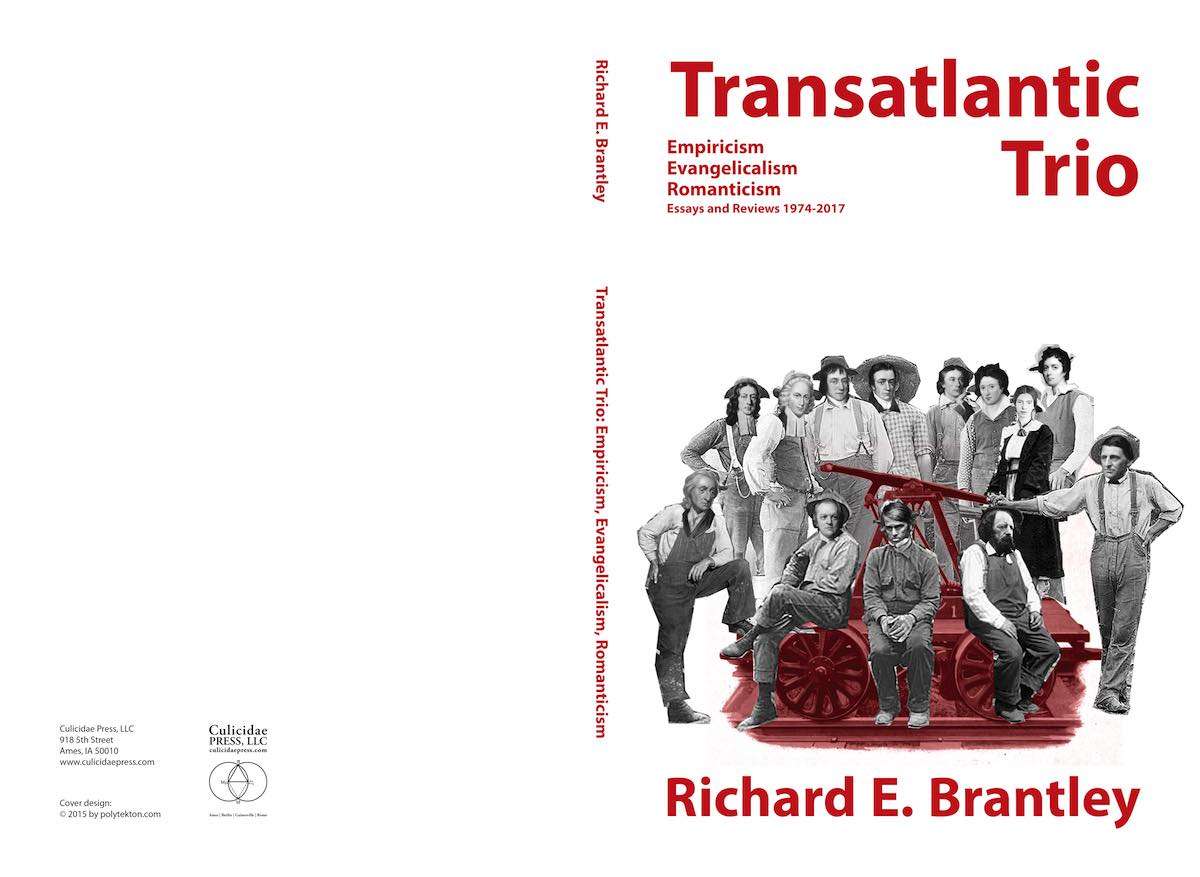 Initially we used the image of a weaving shuttle (which we may still use for the hardback version) to connect the interweaving and textual approach of Brantley’s writing, but after conferring with the author he thought that something moving forward rather than only going back and forth might be more appropriate. After discussing some ideas about seesaws—which of course only go up and down rather than forward—and yo-yos (again, only up-and-down motion), I suggested a railroad handcar. These now outmoded but once quite popular conveyances are propelled forward by an up-and-down motion of their seesaw handle bars, and they work most efficiently when worked by at least two people, something that fit the author’s both/and approach in the book.

Rather than use an empty handcar we opted for one that holds all the characters Brantley writes about in Transatlantic Trio. Below is an image of the cover page with the names identifying the other authors. From left to right they are Locke, Wesley, Edwards, Blake, Wordsworth, Coleridge, Keats, Dickinson, Shelley, Byron, Carlyle, Tennyson, and Emerson.

The source for the character’s bodies comes from old photographs showing railroad crew on handcars, and the writers’ heads were collaged on top of the workers’ bodies. The handcar itself, a Sheffield No. 1 comes from page 5 of the Sheffield Hand Cars-Push Cars Bulletin 105F from 1917, printed by Fairbanks, Morse & Co.

Stay tuned for an update of the hardback version;–)