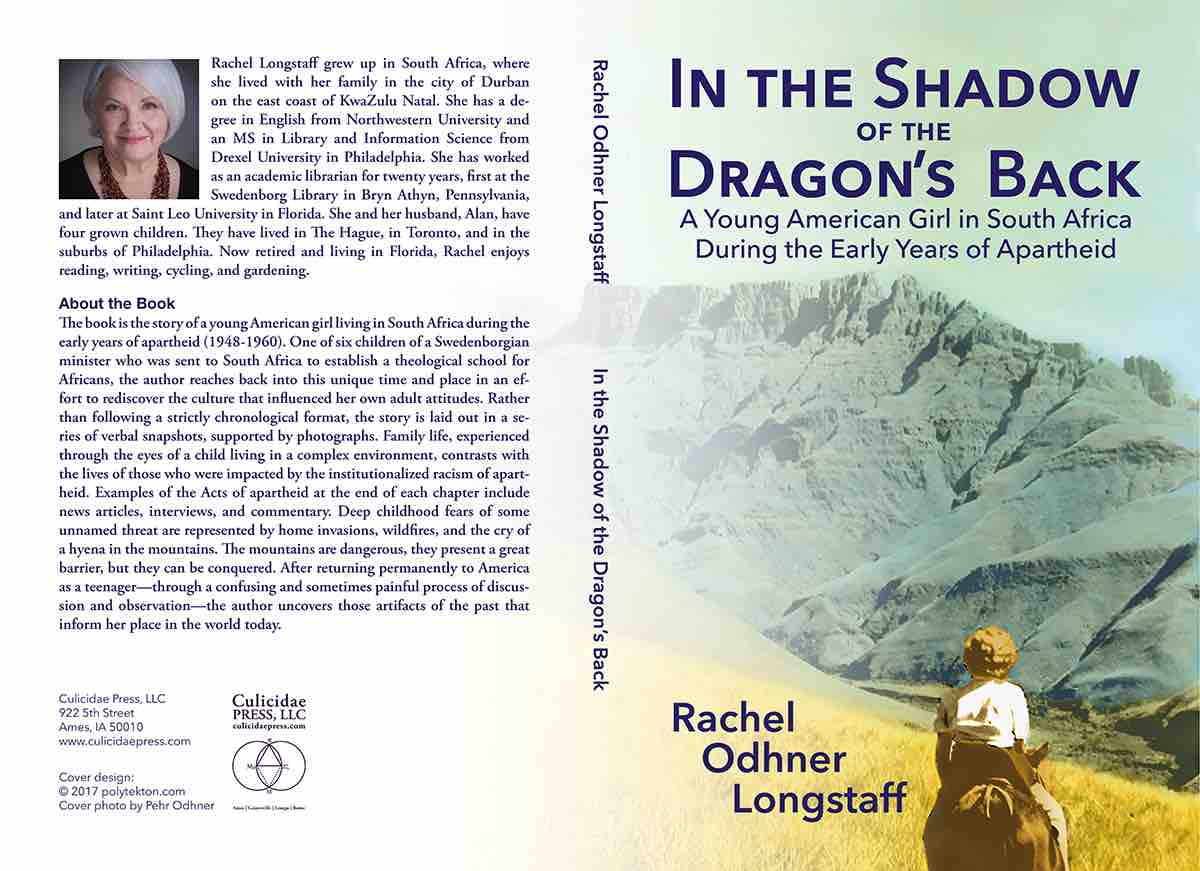 Final version of cover as published.

This summer we were tasked by Culicidae Press to design a cover for a forthcoming book by Rachel Odhner Longstaff called In the Shadow of the Dragon’s Back: A Young American Girl in South Africa During the Early Years of Apartheid. The book is a memoir about Longstaff growing up in Durban, on the east coast of KwaZulu Natal between 1948 and 1960, before returning to the US. The book’s title comes from the Drakensberg which is shaped not unlike the back of a dragon.

After a series of cover iterations using some of the photographs that appear in the book, we settled—with the author’s input—on a colorized version of a black-and-white photo taken by Longstaff’s brother Pehr Hemming Odhner, that shows her sister Kirstin on horseback facing the Dragon’s Back.

St. Miriam in Her Study

Book Cover for “I Remembered”