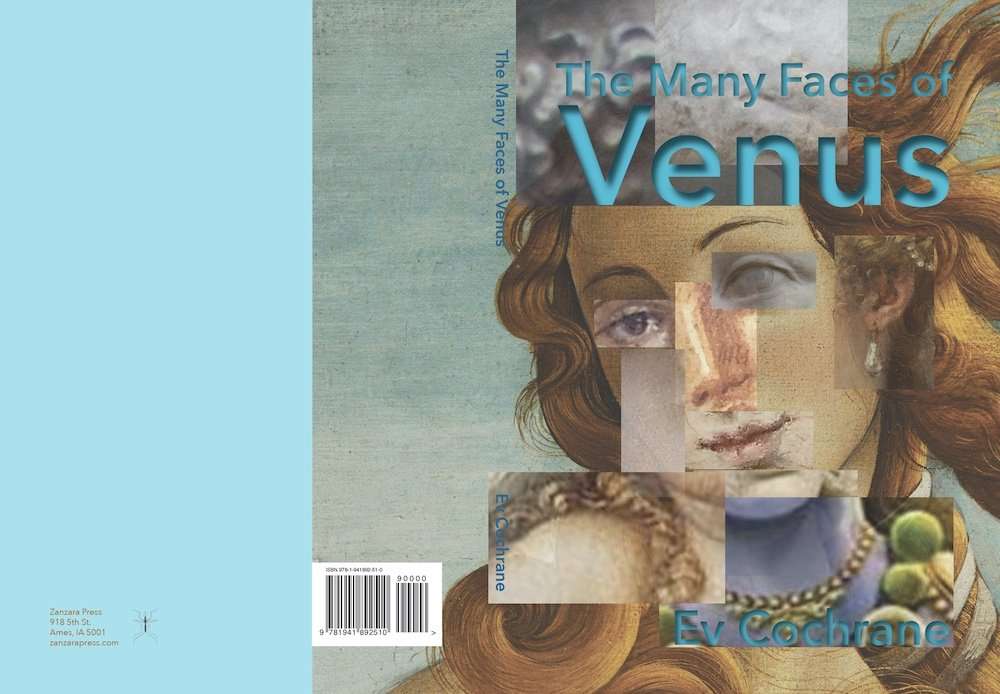 We were recently hired by Zanzara Press to design the new edition of Ev Cochrane’s The Many Faces of Venus, which had been originally published in 2001. For our design we started with one of the most recognizable icons of Venus, Sandro Botticelli’s La Nascita de Venere or The Birth of Venus. Finding other representations through the centuries, we replaced parts of Botticelli’s original until a Frankenstein Venus emerged that resembles many faces of the same goddess. Those other representations include Titian’s Venus Anadyomene, his Venus with a Mirror, a statue of Venus from the Capitoline Museum in Rome, a fountain with a Venus sculpture in Mexico City, another painting of Venus by Frans Floris Hallwylska, an image of the Black Kali (quite a different representation of Venus than the conventional one we typically expect), and finally a painting by Jacopo Tintoretto that shows Venus, Mars, and Vulcan.

What I See in Front of Me

Book Cover for Arvid Osterberg’s ‘We All Fall Down’